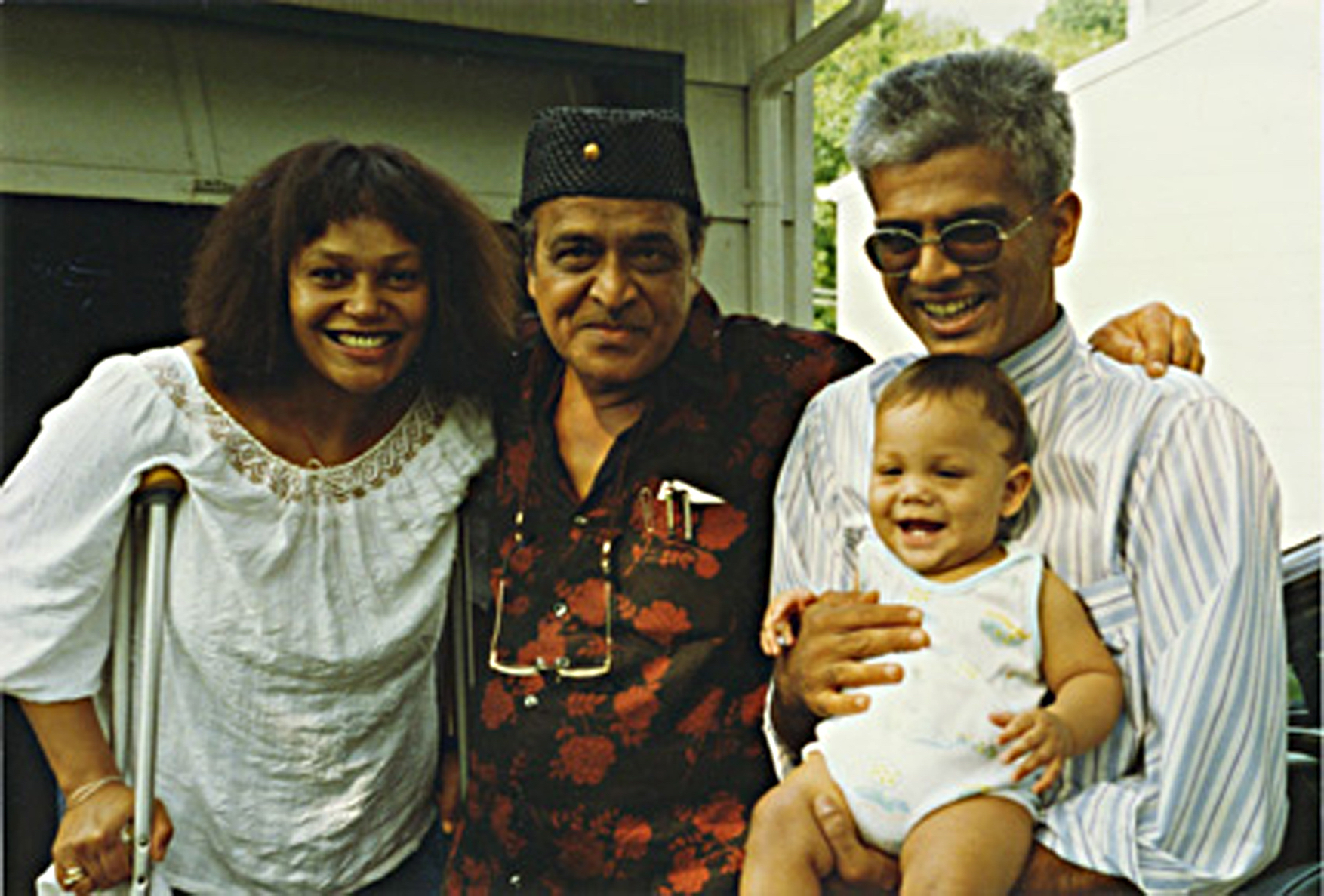 Wonder what Bhupen Hazarika would think

Wonder what Bhupen Hazarika would think?

On the days, now moments, leading up to the anniversary of the day my father Bhupen Hazarika transferred out of this dimension (November 5th, 2011), sound systems and cellphones will be playing his songs in the streets and byways of cities and villages of Assam. Many will celebrate his life by recounting their encounters with him or listening to their favorite songs by him. Families will attend socio-cultural programs honouring him with songs, dances and speeches by young and old, delivered with conviction and deep reverence. In their homes mothers will light lamps and incense in front framed and flower garlanded photographs of beloved Bhupenda. Writers will have submitted their essays extolling his achievements using slightly different words and sentences than they used the last time they wrote about him. Politicians will make their statements of praise for him at the inauguration of yet another statue of him. Knowing my dad, you can verify with others who knew him, the statues and the 7 mile bridge across the Brahmaputra bearing his name are ‘things’ he never imagined happening in his lifetime. Everything he did was out of caring and worrying about India, Indians and their future. He was wholly devoted to the modern Republic of India and it’s evolution as a true democracy, the only course for a country of such diversity of people, faiths and languages. Although he was fluent in Bengali, Hindi, English, he wrote all his songs in a regional language, Assamese, his mother tongue. Only much later were a handful of songs were translated into Hindi, sung by him, to support some Hindi movies from Bollywood, for good measure—how warmly was his message in Hindi received and embraced all over India! Being from a minority group with humble but dignified parents (independent, fisher folk with true faith, song from their hearts and no one’s slave), he was much more sensitized to the plight of the common man than someone from a dominant class could possible begin to even think about, beholden as they are to habitual reactions stemming from the unconscious assumption of privilege and resultant arrogance. The songs, read with thinking cap on, offer a lot.  They have the power to open eyes, previously closed, about things deeply personal as well as nuances about social, political, historical and environmental realities affecting us. They reveal a special sensitivity about talking about such things, it would seem, he looked for words to first enchant, then, liberate people from their particular mental prisons.

During his years in the USA, he became aware of the civil rights movements led by Black Americans and other indigenous minorities; witnessed the inhumanity of Jim Crow knowing it’s correlates in Indian society stemming from the caste system.  But he was charmed, intelligent and entertaining, a winning attribute for anyone in New York. He met my mother Priyam Patel, whose being and traits were actually complimentary to his, she went past barriers too. Memories of being poor and underprivileged propel some people to greater heights, as we shall soon see. He never abandoned his roots nor pretended to be what he was not. His talent and karma allowed him to rise above the quicksand, at least for a while, so that he could leave something useful for posterity, in his words, “With truth as the guiding light, the day dawns, the day departs; with no hiatus, no respite, my airy spirit fears no walls. Barriers to me are sweet windfalls. As the gorgeous sun happily beckons, my mind and soul, freed of chains, dance with joy unbound. My living tunes ring to bring, a fresh new breed of songs.” (Xomoyor Oggrogoti 1968, Kolkata)

After my father’s cremation (November 9th ), Guwahati, I became deeply drawn into my father’s world. He still enjoys tremendous respect among people who know of him and, after reading and living with his work in English, in time I started to see why his work is a legacy that speaks to all Indians. His legacy was hand in hand with others giants around the world who were devoted to empowering people previously down trodden. They were sensitizing people to their free natures, to be kind to themselves and to each other, to wean them away from the damage that comes from the inhumanity of subjugation, tyranny and oppression. How can a nation divided be great?

What was deeply gratifying to learn about my father and his siblings including my grandparents was the manner in which they spoke to everyone, strangers or not,  regardless of their standing in society—with respect and kindness. That was his heritage and what he was also teaching through out.  It is by practicing respect towards others that we begin to discover our true humanity, which resembles the kindness of a mother toward her child. My dad loved and respected his mother Shantipriya. I have vivid impressions of her serene nobility. He loved and respected my mother. He said, “Take care of your mother.”

Assam and India have changed a great deal in the last 20 years.  One of those transitions is the rapid growth of the middle class moving millions into lifestyles affording motorized vehicles, homes filled with appliances, luxury items and vacationing abroad.  Not blaming but noting that a growing middle class also casts a bigger carbon imprint and warming. However, citizens are protected by a safety net of universal healthcare. The rich of course can afford better health care while the gap between the tiny fraction of the super rich and the rest keeps growing. China, much earlier having cornered the world’s manufacturing industry through astonishing efficiency due to the West’s embrace of globalization at the expense and demise of its own working and middle classes, China could afford it and surged ahead by modernizing it’s infrastructure, roads and communications, perhaps at a pace only possible in a totalitarian state run by one man controlling the ruling party, the communist party whose members themselves are the biggest capitalist mega-corporation competing with other western mega corporations. The future is suddenly uncertain.

My father felt deeply about such realities and talked about these matters every time I met him. He was genuinely worried about where the whole world was going, not just India. I  wonder what he would think about the present polarization and conflict spreading across the globe with the crocodiles of autocratic governments snapping at the heels of Democratic institutions? Victory by any means, including lying through the teeth? What would he think about global warming and receding glaciers with massive portions of the world’s ice-caps collapsing into the water? What would he think about fossil fuel based energy companies backing governments openly encouraging the elimination of indigenous forest dwellers traditionally and currently against deforestation, a key factor in the heating up the planet triggering climate change that will increasingly devastate coastlines and all forms of life and infrastructures? What would he think of India’s northern neighbor damming and tempering with the flow of the River Tsangpo (in Tibet), also known as the Siang in Arunachal Pradesh and Brahmaputra, on Indian soil, placing humans and lands in India in perilous flood zones in case of earthquakes?

What would he think about the unchecked, violent and hate-filled, mob behavior against already beleaguered minorities including historians and scientists? What of the shabby treatment Northeastern people experience in rest of India, where they go to work, just because they look different from other people? Humane policies must come from the top. To not do so is not only inhumane but bad for business, nature and karma—India’s Karma. It is time to wake up to scientific truths regarding the global environment, follow through with solutions bold moves and multiply initiatives such as the mega solar farms that exist in a handful of states. The Sun could create so many jobs.  Why not go for real greatness in our lifetime?  That is my father’s legacy.

Published in Head Held High and What's going on?